In order to celebrate both Second Chance Month and Reentry Week, reentry and community groups in Central Ohio have united to host a powerful two-night event on April 26th & 27th.

Join us in lifting up the power of community and the unique experiences of returning citizens this Reentry Week! 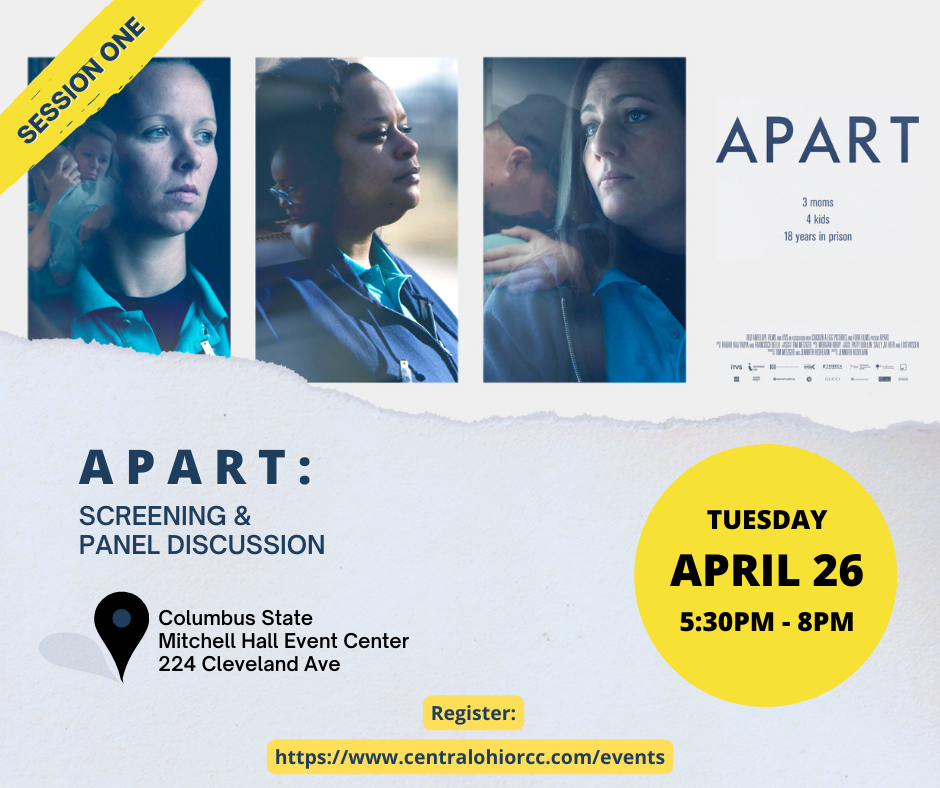 The documentary Apart follows three unforgettable mothers incarcerated in Ohio — Tomika, Lydia, and Amanda — as they prepare to return home from prison and work to rebuild their lives after being separated from their children for years. Their stories overlap at Chopping for Change, a workforce development program run by Malika Kidd, an advocate who was formerly incarcerated in the same prison.

Join us for a screening of the documentary complete with food & refreshments, as well as a discussion hosted by Representative Latyna Humphrey afterward. We will also be joined by one of the women from the film to discuss her experience. 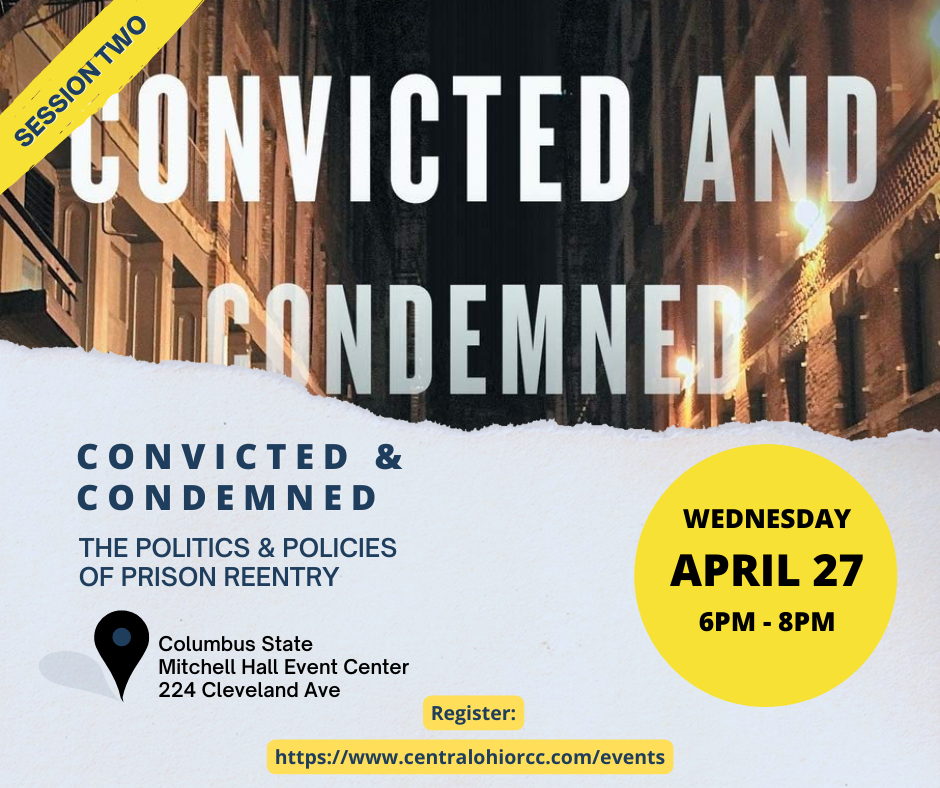 Reentry scholar, Fellow at the Brookings Institution, and Howard University professor Dr. Keesha Middlemass joins both local reentry experts and those directly-impacted by the justice system to discuss why a criminal conviction is a lifelong sentence. Hosted by Harrison Poku-Yeboah and presented in collaboration with the Vincentian Ohio Action Network, ACLU of Ohio, the Franklin County Reentry Advisory Board, and the Columbus Coalition for the Homeless. The first 25 participants in the door will receive a special Reentry Week 2022 gift!

Both events will take place at Columbus State Community College at the Mitchell Event Hall. Additionally, but events will be live streamed for individuals who cannot attend in-person.